The season of gratitude is upon us, and we know that for those of you celebrating, it’s a lot of work. It’s cooking and cleaning, or traveling, or making the mad dash for holiday presents earlier this year.
Some of you might be into rom-coms that make you thankful for a sweet happily-ever-after, or into inspirational self-help – a gift to yourself! Or maybe you’re thankful for the distraction of an enthralling mystery!
But if we can pass on a pro-tip — they all pair perfectly with holiday prep! 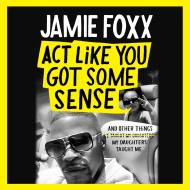 In this hilarious and heartfelt memoir, award-winning, multi-talented entertainer Jamie Foxx shares the story of being raised by his no-nonsense grandmother, the glamour and pitfalls of life in Hollywood, and the lessons he took from both worlds to raise his two daughters.

Jamie Foxx has won an Academy Award and a Grammy Award, laughed with sitting presidents, and partied with the biggest names in hip-hop. But he is most proud of his role as father to two very independent young women, Corinne and Anelise. Jamie might not always know what he’s doing when it comes to raising girls—especially when they talk to him about TikTok (PlikPlok?) and don’t share his enthusiasm for flashy Rolls Royces—but he does his best to show up for them every single day.

Luckily, he has a strong example to follow: his beloved late grandmother, Estelle Marie Talley.  Jamie learned everything he knows about parenting from the fierce woman who raised him: As he puts it, she’s “Madea before Tyler Perry put on the pumps and the gray wig.”

In Act Like You Got Some Sense—a title inspired by Estelle—Jamie shares up close and personal stories about the tough love and old-school values he learned growing up in the small town of Terrell, Texas; his early days trying to make it in Hollywood; the joys and challenges of achieving stardom; and how each phase of his life shaped his parenting journey. Hilarious, poignant, and always brutally honest, this is Jamie Foxx like we’ve never seen him before. 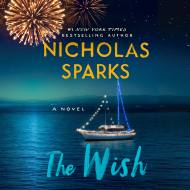 Read by Will Collyer

From the author of The Longest Ride and The Return comes a novel about the enduring legacy of first love, and the decisions that haunt us forever.

1996 was the year that changed everything for Maggie Dawes. Sent away at sixteen to live with an aunt she barely knew in Ocracoke, a remote village on North Carolina’s Outer Banks, she could think only of the friends and family she left behind . . . until she met Bryce Trickett, one of the few teenagers on the island. Handsome, genuine, and newly admitted to West Point, Bryce showed her how much there was to love about the wind-swept beach town—and introduced her to photography, a passion that would define the rest of her life.

By 2019, Maggie is a renowned travel photographer. She splits her time between running a successful gallery in New York and photographing remote locations around the world. But this year she is unexpectedly grounded over Christmas, struggling to come to terms with a sobering medical diagnosis. Increasingly dependent on a young assistant, she finds herself becoming close to him.

As they count down the last days of the season together, she begins to tell him the story of another Christmas, decades earlier—and the love that set her on a course she never could have imagined. 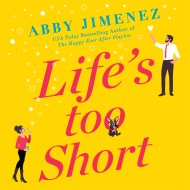 A brilliant and touching romantic comedy from the USA Today bestselling author of The Friend Zone and The Happy Ever After Playlist.

When Vanessa Price quit her job to pursue her dream of traveling the globe, she wasn't expecting to gain millions of YouTube followers who shared her joy of seizing every moment. For her, living each day to its fullest isn't just a motto. Her mother and sister never saw the age of 30, and Vanessa doesn't want to take anything for granted.
But after her half sister suddenly leaves Vanessa in custody of her baby daughter, life goes from "daily adventure" to "next-level bad" (now with bonus baby vomit in hair). The last person Vanessa expects to show up offering help is the hot lawyer next door, Adrian Copeland. After all, she barely knows him. No one warned her that he was the Secret Baby Tamer or that she'd be spending a whole lot of time with him and his geriatric Chihuahua.
Now she's feeling things she's vowed not to feel. Because the only thing worse than falling for Adrian is finding a little hope for a future she may never see. 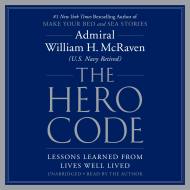 From the acclaimed, #1 New York Times bestselling author of Make Your Bed—a short, inspirational book about the qualities of true, everyday heroes.

THE HERO CODE is Admiral McRaven's ringing tribute to the real, everyday heroes he's met over the years, from battlefields to hospitals to college campuses, who are doing their part to save the world.

When Bill McRaven was a young boy growing up in Texas, he dreamed of being a superhero. He longed to put on a cape and use his superpowers to save the earth from destruction. But as he grew older and traveled the world, he found real heroes everywhere he went -- and none of them had superpowers. None of them wore capes or cowls. But they all possessed qualities that gave them the power to help others, to make a difference, to save the world: courage, both physical and moral; humility; a willingness to sacrifice; and a deep sense of integrity.

THE HERO CODE is not a cypher, a puzzle, or a secret message. It is a code of conduct; lessons in virtues that can become the foundations of our character as we build a life worthy of honor and respect.