“A book out of bounds... Saves the western by blowing it to bits. Don’t wait for the movie.”—Marlon James, Wall Street Journal
“Part revenge fantasy, part classic bloody tale of the Old West. In this book, things return—people, oceans, violence—but remembering is a choice and the body bears the cost... In this unforgiving landscape, which Lin vividly and meticulously describes in prose whose music is reminiscent of Cormac McCarthy’s, even a rainstorm can take on mythical proportions.”—Chanelle Benz, New York Times Book Review
“Impressive… As a kind of redemptive imaginative act, Lin has created a poetic and cinematic story centered on a Chinese American sharpshooter.”—Jessie Zack, San Francisco Chronicle
“A rollicking gallery of Western archetypes.”—Bethanne Patrick, Los Angeles Times (Best Books of Summer 2021)
“Eminently entertaining… There's a lot to love in this expansive debut novel from Tom Lin. The Thousand Crimes of Ming Tsu is a truly cinematic Western. Its vistas and action sequences are perfectly designed for fans of graphic novels and the big screen alike. Similarly, the body count is crafted for an audience that enjoys adrenaline's pulse in its ears. Lin's wordcraft is deft and painterly, whether he's describing a fight scene or a desert… an important, vivid story, with characters led through the landscape by the demands of its plot… I hope we see more of all these stories from Tom Lin in the future.”—Fran Wilde, NPR.org
“Enthralling… an odyssey that is vengeful, lyrical, and supernatural, flipping the script on atrocities committed against Asian Americans.”—Oprah Daily (Best Books of June)
“Infused with magic realism, Lin’s beautifully imagined first novel is an extraordinary epic with page-turning, often cinematic action that transcends the parameters of genre fiction. A brilliant debut, impossible to put down.”—Michael Cart, Booklist (starred review)

“Lin displays remarkable skill in maneuvering his plot and characters… Ming is a unique figure. He’s a murderer with a strange personal code… but he’s also a score-settling outlaw worthy of True Grit… This is a major work that enlarges our view of the Wild West and marks Lin as a writer to watch.”

—Grace Lichtenstein, BookPage (starred review)
“Tom Lin’s debut novel is a special pleasure. There’s blood and humor, wit and wide knowledge, in his telling of this revenge odyssey that rambles across the vastness, harshness, and myriad dangers of the Old West. The nuanced prose is firm and evocative, and we have a gritty, luminous, and fantastic take on the era and the people. Ride this one hard, folks, and put it up wet.”—Daniel Woodrell, author of Winter’s Bone
"In Tom Lin’s novel, the atmosphere of Cormac McCarthy’s West, or that of the Coen Brothers’ True Grit, gives way to the phantasmagorical shades of Ray Bradbury, Charles Finney’s The Circus of Dr. Lao, and Katherine Dunn’s Geek Love. Yet The Thousand Crimes of Ming Tsu has a velocity and perspective all its own, and is a fierce new version of the Westward Dream. This is a superb novel that declares the arrival of an astonishing new voice."—Jonathan Lethem, author of Motherless Brooklyn and The Feral Detective
Read More Read Less 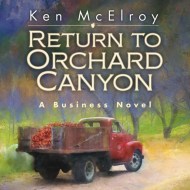 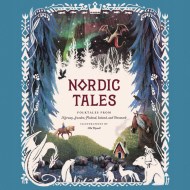 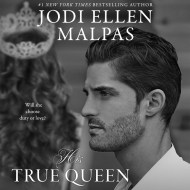